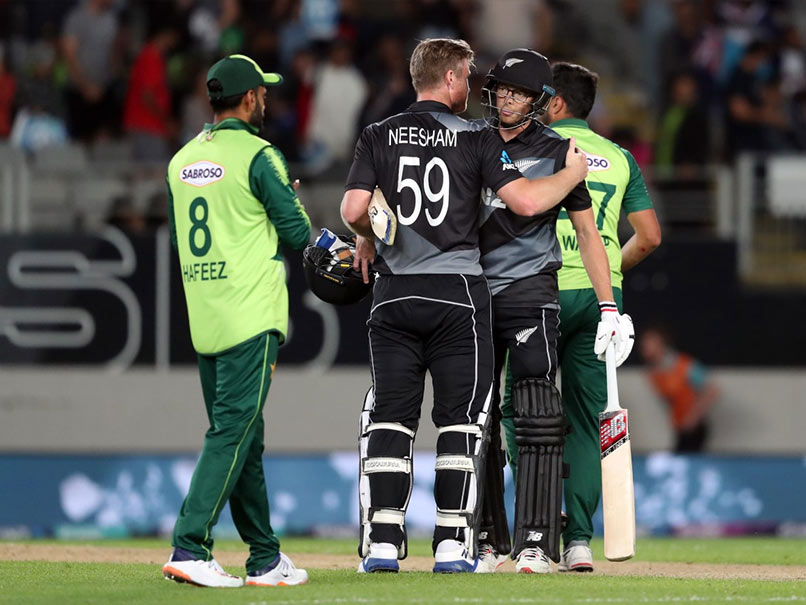 The 3-match ODI series between Pakistan and New Zealand will be played without DRS.© AFP

The status of the upcoming ODI series between New Zealand and Pakistan was on Saturday changed to a bilateral series from the ICC Cricket World Cup Super League fixtures due to the “non-availability” of the Decision Review System (DRS). The New Zealand team arrived in Pakistan on Saturday for three ODIs which gets underway from September 17 and five T20 Internationals. This is their first tour since 2003 when they were beaten 5-0 by the hosts in an ODI series.

“Pakistan Cricket Board (PCB) and New Zealand Cricket have mutually agreed to change the status of next week’s ODI series to a bilateral series from the ICC Cricket World Cup Super League fixtures due to the non-availability of Decision Review System (DRS), a requirement in the event playing conditions,” PCB said in a statement.

PCB said as New Zealand will return to Pakistan in the 2022-23 season to play two Tests and three ODIs, the two boards have agreed that these 50-over matches will now count towards the ICC Men’s Cricket World Cup 2023 qualification.

Meanwhile, elite panellists Aleem Dar and Ahsan Raza of the international panel will umpire in the three ODIs between Pakistan and New Zealand to be played at the Pindi Cricket Stadium on September 17, 19 and 21.

Mohammad Javed will be the match referee for the ODIs as well as the five T20Is, which will be played from September 25 to October 3.