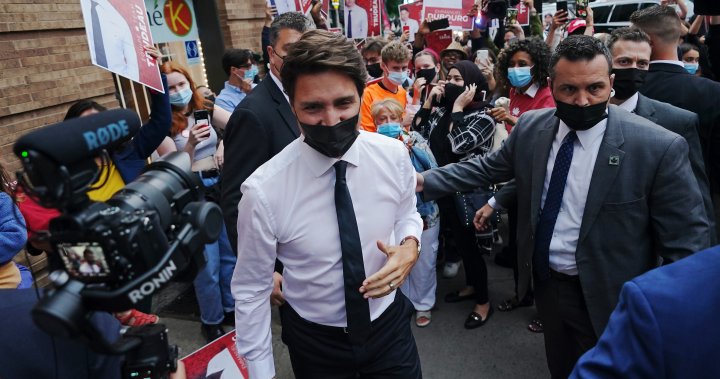 Liberal Leader Justin Trudeau says he respects provincial jurisdiction on health care but still intends to attach strings to $25 billion in new health funding he has promised if he gets re-elected.

The Liberal plan includes targeted funding over five years to hire 7,500 new family doctors, raise wages for personal support workers in long-term care, and a new direct transfer for mental health that will rise to $2 billion annually by 2025-26.

Last spring the premiers asked for an immediate $28 billion increase to the annual Canada Health Transfer followed by a six per cent increase a year.

Trudeau says he is willing to renegotiate the federal transfer program after the pandemic but immediate funding is needed to address specific issues in long-term care, mental health and a backlog of surgeries and testing, which grew as the health care system was forced to pivot to respond to COVID-19.

He also says a federal Liberal government will ensure new funding “actually delivers results” and accuses Conservative Leader Erin O’Toole of offering money with no plan to ensure it makes a difference.