With Rohit and Shardul, another Mumbai school savours the Oval Test win 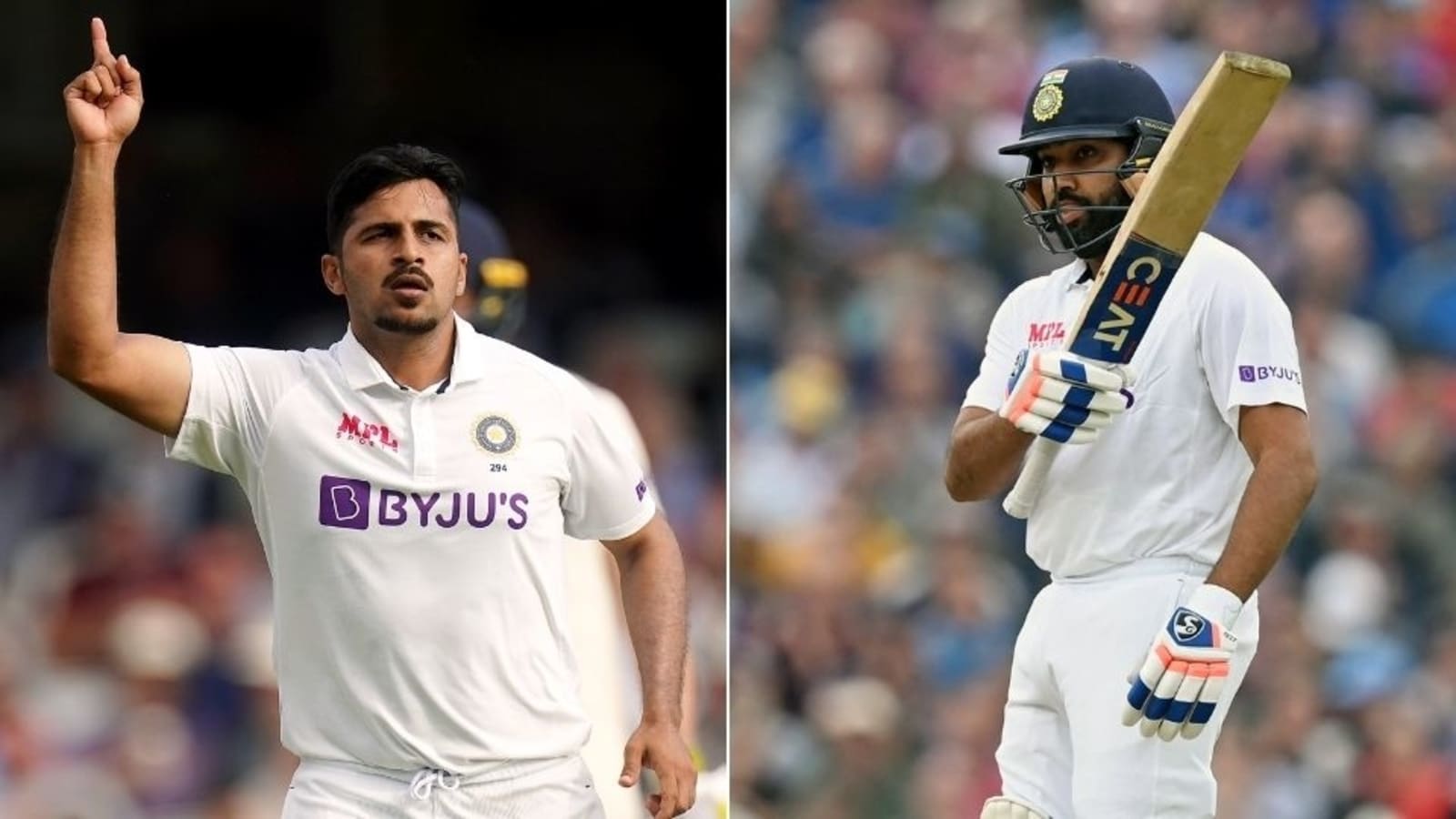 During the early 90s, when Sachin Tendulkar and Vinod Kambli were smashing bowlers for fun together, there was one Mumbai school and one coach in that school who was constantly in focus—the late and legendary Ramakant Achrekar had coached Sachin Tendulkar and Vinod Kambli since they were pre-teen boys in Sharadashram Vidyamandir, a school in Dadar.

By the time they were in their teens, Tendulkar and Kambli were already feared batting partners—in 1988, they stitched together a 664-run partnership for their school in a match, which was then the world record partnership for any wicket in any class of cricket.

Now it’s time for another Mumbai school and another coach to be in the spotlight. Rohit Sharma and Shardul Thakur, the heroes of India’s electrifying Test win against England at the Oval, both come from Swami Vivekananda school in Gorai, a western suburb of Mumbai, where they were coached by Dinesh Lad.

The connection between the past and the present runs deeper: Lad himself was coached by Achrekar.

“I am on the top of the world,” Lad said after the Oval Test, where Sharma scored 127, his first overseas ton and Thakur took three wickets in the match and hit combative half-centuries in both innings. “Shardul’s 57 (in the first innings) turned the match. It’s a team game but my school students have made a decisive contribution in the game.”

Across the creek from affluent Borivali in north Mumbai, Gorai was a sparsely populated and largely rural area that transformed into an affordable residential neighbourhood over the last three decades. Many of the apartment owners here lived in chawls before, as did Lad, who moved here with his family in the 90s a cricketer for Western Railways. In 1995, the Swami Vivekanand school came up and Lad offered to coach for free.

It is a typical Mumbai school, cramped for space, with all the classes housed in one building, but it does have a small playground which now features some good turf wickets. When Lad started coaching Sharma though, it only had cement wickets.

“I used to bowl to Rohit on a cement wicket from 18 yards,” Lad said. “He was gifted with extra time and with the ball coming straight on the cement wicket, he started playing pull shots.”

Lad remembers vividly when he first met Sharma in 1999 and Thakur in 2005.

“I had first seen Rohit at a camp. He bowled very well in the 10-over final against our team. I loved his clean action. After the game I invited him to join our school. At that time, the family couldn’t afford the fee of R275 and he was the first sportsman to be granted free-ship by the school.”

Starting as a bowler in the seventh standard, from the next season onwards Lad promoted him as a batsman.

It was also during a game against his school team that the former Mumbai under-12 coach first spotted Thakur. The player from Palghar District, 87 kms from Mumbai, scored a hundred and took a five-wicket haul.

“Shardul was playing for Tarapore Vidyamandir, Palghar,” Lad said. “I felt he was the fastest in that competition and age group. He had pace and swing. though he was a bit wayward.”

When Lad proposed to Thakur’s father that the boy join Vivekananda school, he refused because it would mean that the class nine student would have to travel three hours one way each day.

“As a solution, I offered to keep Shardul at my place and his father finally agreed,” Lad said. “In the final of the Harris Shield (Mumbai’s premier school tournament) that season, Shardul smashed six sixes in an over while scoring 168 and taking six wickets.”

The first time Sharma and Thakur played together for India, in the Test against Australia in Brisbane at the start of the year, Sharma was a guiding influence on Thakur, who picked up seven wickets in the match and scored a match-turning 67 in the first innings.

“Rohit has been a big inspiration as we are from the same school,” Thakur said after that match. “He showed us all that even if you come from a far-off area, you can play a good level of cricket. His parents used to stay in Dombivli and he was sent to stay with his grandparents at Borivali (when in school). Whenever he came to the school for practice, it was a huge motivation…it was like “wow, we will be bowling against an India player”. So we used to raise the bar, try bowling faster to him.”

Lad, whose son has captained Mumbai and played for India A, has now produced more than a dozen first class cricketers from the school, following, he said, the Achrekar model of coaching.

“Sir’ style of coaching was simple,” Lad said. “Not to change the natural style of the player and only share the finer points. I have focused on that too. Nobody makes a player…I just look to guide them.”