Why Umesh Yadav should play the fifth Test 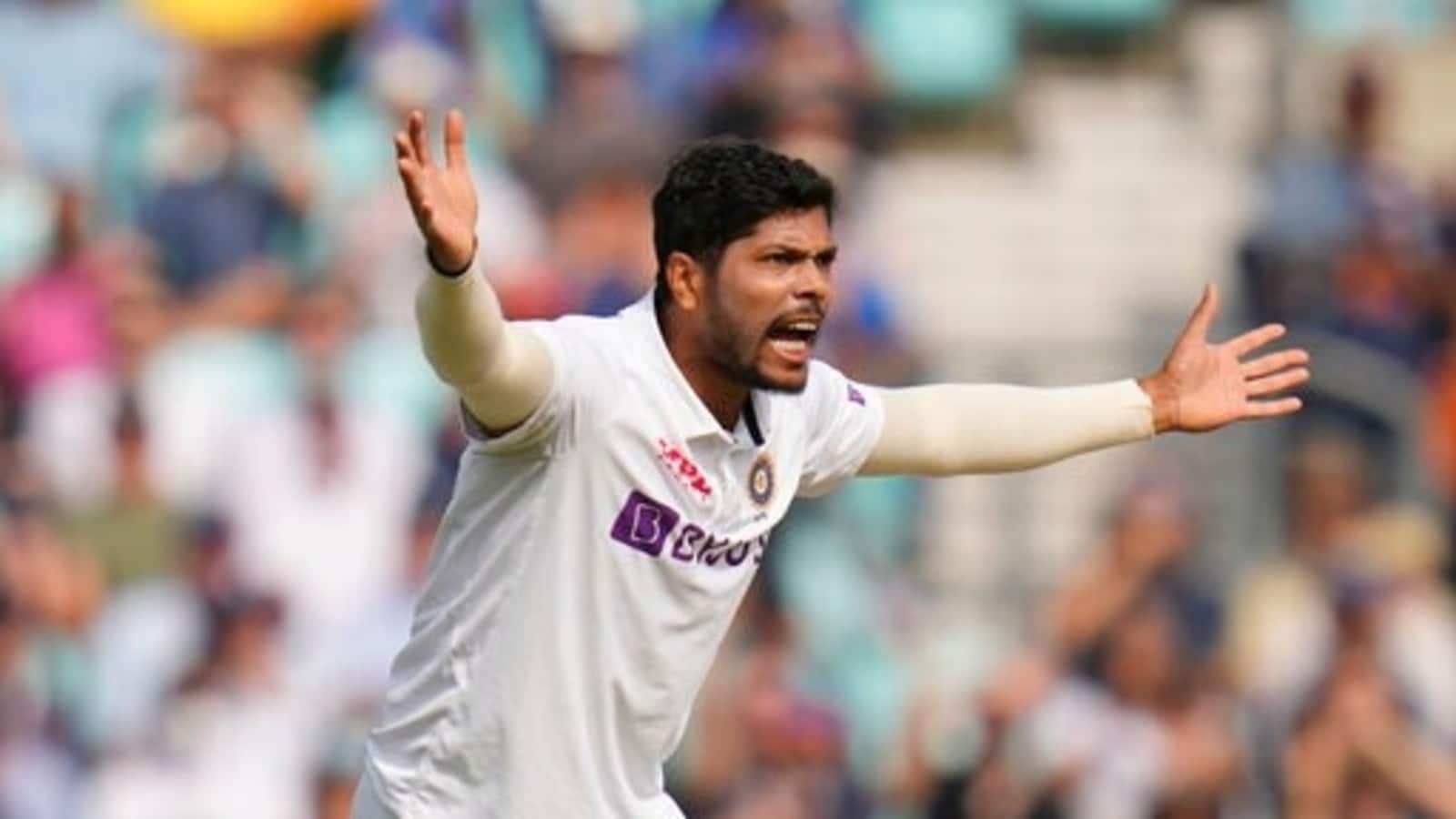 When Umesh Yadav made his Test debut in 2011, the big, strong, pacy bowler came with some serious buzz. That promise did not quite blossom as it was expected to—a decade later the Vidarbha fast bowler has played only 49 Tests and taken 154 wickets in a career that has stuttered many times.

In the ongoing series against England, he has been the fifth-choice pacer: Jasprit Bumrah, Mohammed Shami, Ishant Sharma and Shardul Thakur were the ones to figure in the first three Tests.

Yadav may not have lived up to his potential, but he has not faded away either. Even at the age of 33 he is showing he can make a real impact. He provided another example of his quality in the fourth Test at The Oval.

Playing his first Test after a gap of eight months, he impressed with how ready he was, finding his rhythm immediately. Being a crucial game, the pressure was on Yadav to fill in for Mohammed Shami. To add to the challenge, even Mohammed Siraj looked jaded after the workload of three back-to-back Tests. Yadav delved into all his experience to ensure India weren’t short of quality in the high-stakes game.

Watching him bowl in tandem with Jasprit Bumrah was a delight. Defending a modest 191 in the first innings, the two turned on the heat on the England batsmen on the first evening itself. After Bumrah removed both openers, Yadav produced the delivery of the series to knock out England’s main man Joe Root. The ball seamed back in from a length through the gate to hit the top of off and middle.

Equally, crucial was the eight-over spell he bowled in combination with Bumrah on the fifth morning. They didn’t get the wickets then but helped build pressure on the two set openers, Haseeb Hameed and Rory Burns, which led to the collapse.

In fine form, he ran through the tail for a deserved six-wicket match haul.

Later talking to BCCI.Tv about the final day’s effort, he said: “Feeling very good, I was playing a Test after a long time… the way my performance has happened, not just me but everyone. When we started, we knew the wicket had become flat. Being the fifth day, a big effort will be needed, that’s what we tried to do, to put the ball in good areas. It was important to keep the run-rate down, thus we built the pressure.”

This game is a reminder of Yadav at his best. One look and you know he is a player born to bowl fast. An athletic frame, great running style, nice action, beautiful release with the flick of the wrist and a big heart—qualities needed to be a top-class pace bowler. When all of this are firing together, the result is the Root-type of deliveries.

But it is often that the parts don’t come together to make a whole.

For a naturally gifted player, it is clearly an under achievement that the Oval game was only his second Test in England and Wales, a place where pacers thrive.

The other Test he played in England, at Edgbaston, 2018, was again to fill in for an injured Bumrah. He was dropped for the next Test at Lord’s and thereafter relegated to the bench once Bumrah returned.

The first genuine quick of this era, he regularly bowls at 140kph plus with the ability to move the ball both ways. Despite all the skills, as the country unearthed a battery of skillful pacers, Yadav found himself reduced to a support role.

He has largely remained a captain’s bowler. Having started his cricket late, almost when he was 19, he was seen as a bowler who needed constant guidance in match situations. If handled well by his skipper, he would deliver those impactful spells. On other days he arrived at the ground looking directionless.

When Zaheer Khan was playing, the team would prefer having the left-arm seamer at mid-on or mid-off to be in Yadav’s ears.

The Oval performance showed he has matured. From June, he’s been there with the team, bowling in the nets. He had only one warm-up game to play. It’s not easy to sit out for more than three months and straightaway play an important game. And then to take out the best batsman in the series, Root, takes rare quality.

The next Test will be his 50th, if he is picked that is. The way his career has gone, with Shami set to return, he may again find himself on the bench. Except, with that exceptional performance at the Oval, he has announced himself loud and clear yet again.