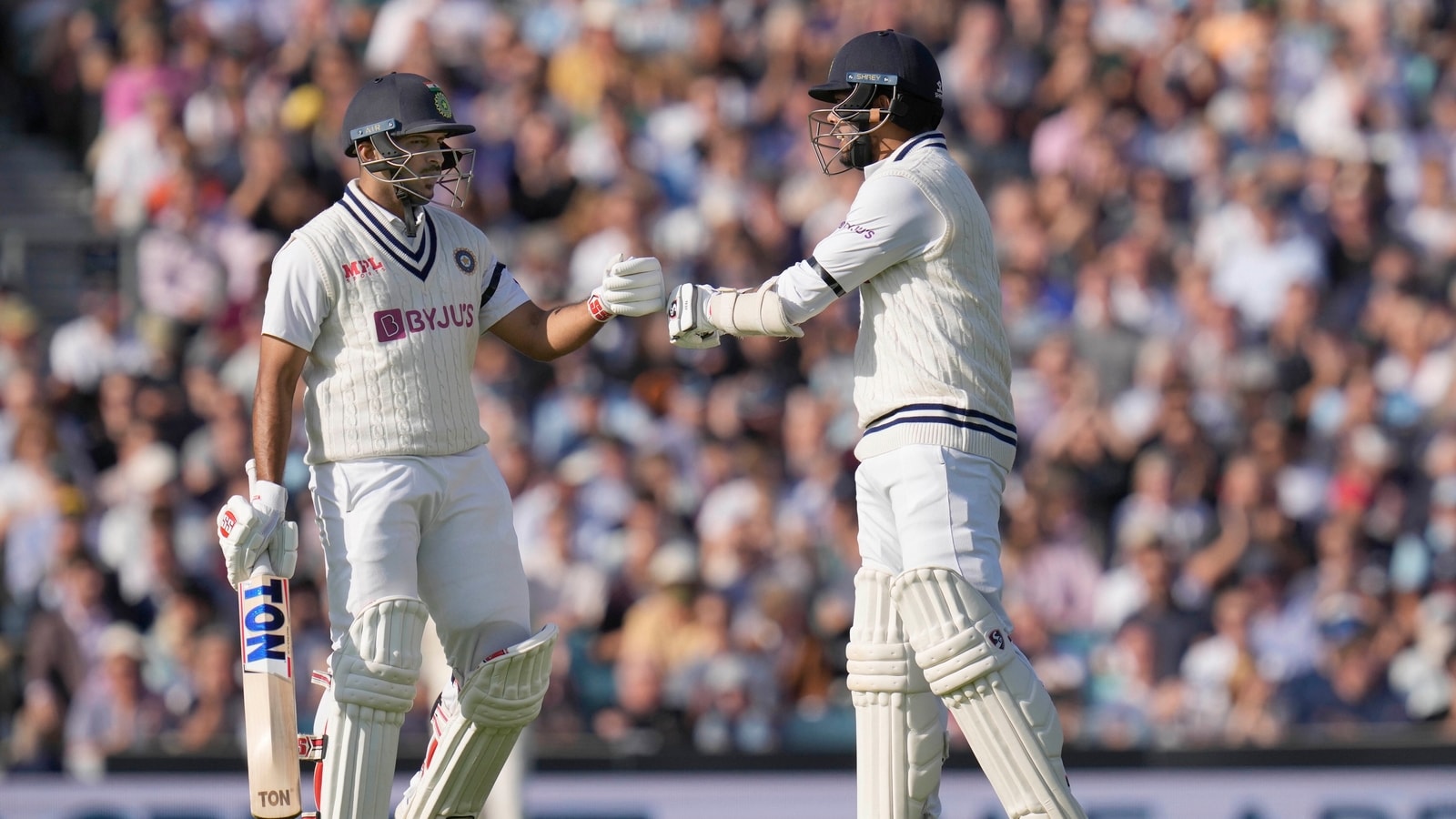 An opener has scored a hundred in both the Tests India have won in this England series. Someone from the lower order has also scored at least a fifty. Shardul Thakur did it twice at the Oval, reviving India’s first innings and then setting up the match in the second. Mohammed Shami ticked the box of lower order fifty in the second innings at Lord’s.

It is no coincidence. Check the scorecard of the second Test in England’s tour of India this year—Ravichandran Ashwin scored 108 at No 8 in the second innings to give India an insurmountable advantage after losing the first Test. Now on to the fourth Test in Ahmedabad, which was closer than it appeared. At 146/6 India, having restricted England to 205, ran the risk of frittering away a 2-1 series lead in a matter of one session. They didn’t thanks to two hundred-plus partnerships put up by Rishabh Pant (101), Washington Sundar (96*) and Axar Patel (43) for the seventh and eight wickets.

With the Indian middle-order not at its best for almost two years, bowlers have been doing the heavy lifting; but by how much? If the lower order (Nos 8-11) scored 114 out of 662 runs in the Lord’s victory, their share increased to more than quarter (180 out of India’s match aggregate of 657) at the Oval. Now, go back to the Australia tour of 2020-21. Thakur complemented Sundar’s first-innings 62 with a well-grafted 67, helping India finish on 336 in reply to Australia’s 369 at Brisbane on way to a sensational win. The previous Test, Ashwin’s 39* off 128 balls at No 7 was half the reason—Hanuma Vihari’s 23* off 161 balls was the other—India saved the game in Sydney and took the series to the brink. On the 2018-19 tour too, in the last Test in Sydney it was Ravindra Jadeja’s 81 at No 8 that propelled India to 622/7 and allowed India to preserve a 2-1 series lead.

So, do India now have a few all-rounders to choose from? It’s not a straight yes. Ideally, a genuine all-rounder should find a place irrespective of the conditions. Kapil Dev, who never missed a Test because of injury, had five centuries at home and three away. More importantly, he aggregated bowling strike rates of 55.7 at home and 72.2 away with comparable economy rates of under three runs per over. England’s Ian Botham opted out of the 1984-85 India tour but had played seven Tests in India between 1980 and 1982.

Ashwin or Thakur may not get to explore new territory though Jadeja has now batted at No 5 in England. What India is slickly trying to achieve is a more productive Nos 8-11 with the No 7 batsmen—Pant and Jadeja this series—anchoring. They have been pretty successful too. Of all the teams to have stayed unbeaten in at least 15 away Tests since 2015, India have the best batting average (21.44) between Nos 8-11.

Tempering the bowling a notch or two was small price to pay for this batting stability (Jadeja, for example, had taken just two wickets in the first three Tests). India though have justified the team balance and not added an extra batsman. That wasn’t the case on the 2018-19 Australia tour when India used four specialist bowlers throughout that series and gave Hanuma Vihari and Murali Vijay the occasional over or two. Since then, India have slowly reverted to playing five bowlers.

It’s not that India won’t love an all-rounder in the Ben Stokes mould, scoring hundreds and keeping runs down, or ideally chip in with a few wickets. They have tried too, Stuart Binny in 2014 followed by Hardik Pandya before Jadeja took on that role this tour, besides the likes of Vijay Shankar in shorter formats. Most haven’t withstood the pressure, either getting injured or drifting away after failing to prove their all-round worth.

Thakur’s second-innings fifty may well be series-altering, but he didn’t seem to be conscious of it. He always possessed those twin qualities, keen game awareness with the bat and the ability to swing the ball, a reason why he is highly rated in the domestic circuit. Talents like Thakur and Sundar have thus allowed India to be more flexible in the lower order, strengthening the batting but not compromising on a genuine bowling option.

But where India have truly excelled is in making better batsmen out of fast bowlers. There is a video on R Ashwin’s YouTube channel where he is speaking to fielding coach R Sridhar, recollecting dressing room talk on the final day of the Lord’s Test. “We were batting on 180 (181/6, 154 ahead). Shastri said, if we give them a target of 180, we can put them under pressure. Vikram Rathour (batting coach) got extremely upset. He was like, “Day and night I have been giving throw downs to the bowlers. Sri, you have been bowling too! Won’t they even score 30 runs? Show them that confidence gentlemen!””