‘His fifty was the difference’: Virat Kohli names India player who ‘deflated the opposition’ in the Oval Test 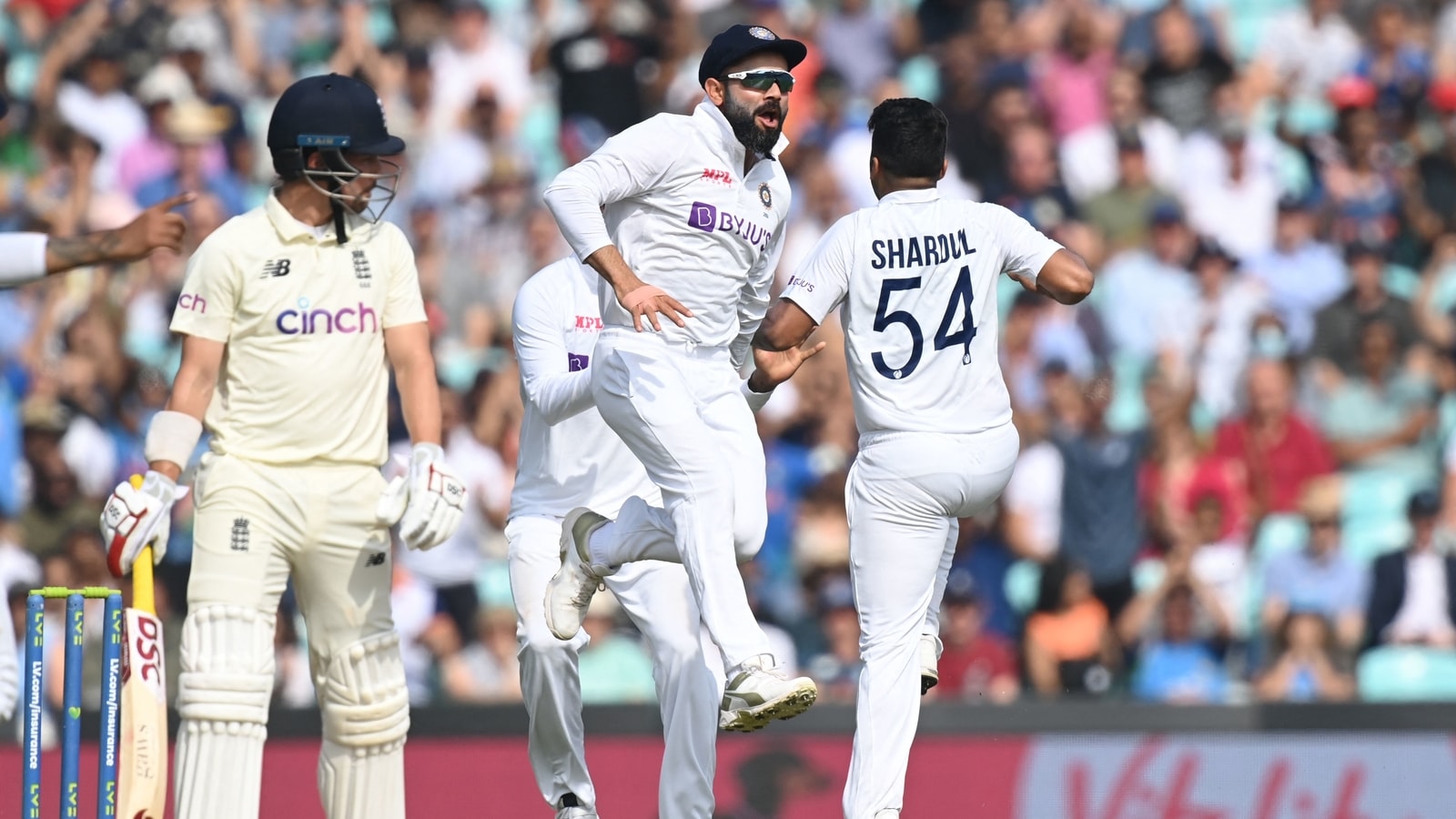 India conquered London once again! With a 157-run win at The Oval in the fourth Test, after winning the second Test by 151 runs at Lord’s, India took an unbeatable 2-1 series lead in the five-match series. While Virat Kohli’s side had many heroes in Rohit Sharma, Jasprit Bumrah, and Ravindra Jadeja, there was one that rose out of nowhere. Shardul Thakur is his name.

Not many fans and experts had Thakur in the reckoning for the fourth Test. Most people were highly suggestive of Kohli including R Ashwin and termed the move as a “no brainer”. However, the management announced Thakur ahead of Ashwin and sent a few shockwaves in the cricketing fraternity. Five days later, as things turned out, most people cannot get over Thakur’s valuable contributions.

While speaking on Thakur at the post-match presentation, Kohli said: “Rohit’s innings was outstanding, but the impact performance from the lower-middle order, Shardul’s fifty was the difference, and a counterattack in the second innings. Looking to restrict us but he was outstanding. We never got towards statistics, we know what we focus on, we take a call on what feels best and we believe we can win Tests with it. Whatever the noise on the outset, it doesn’t bother us.”

In the first innings, Thakur walked out to bat at no.7 with the score reading 117/6. He went on to smash the fastest-ever fifty by any batsman in England as his 36-ball 57 not only helped India reach a respectable total of 191 but also tilt the favour into India’s momentum.

The second innings was even more special. Along with Pant (50), he put on a 100-run stand for the seventh wicket and scored an important 60. With the ball, Thakur first removed Rory Burns on 50 and then came back to dismiss skipper Joe Root for 36 after lunch. Throughout the game, he put out impactful performances.

The fifth and final Test at Old Trafford in Manchester will begin on Friday, September 10. With one match to go, India cannot lose the series.