From the Gabba to the Oval, Shardul Thakur’s heroics stand out for India 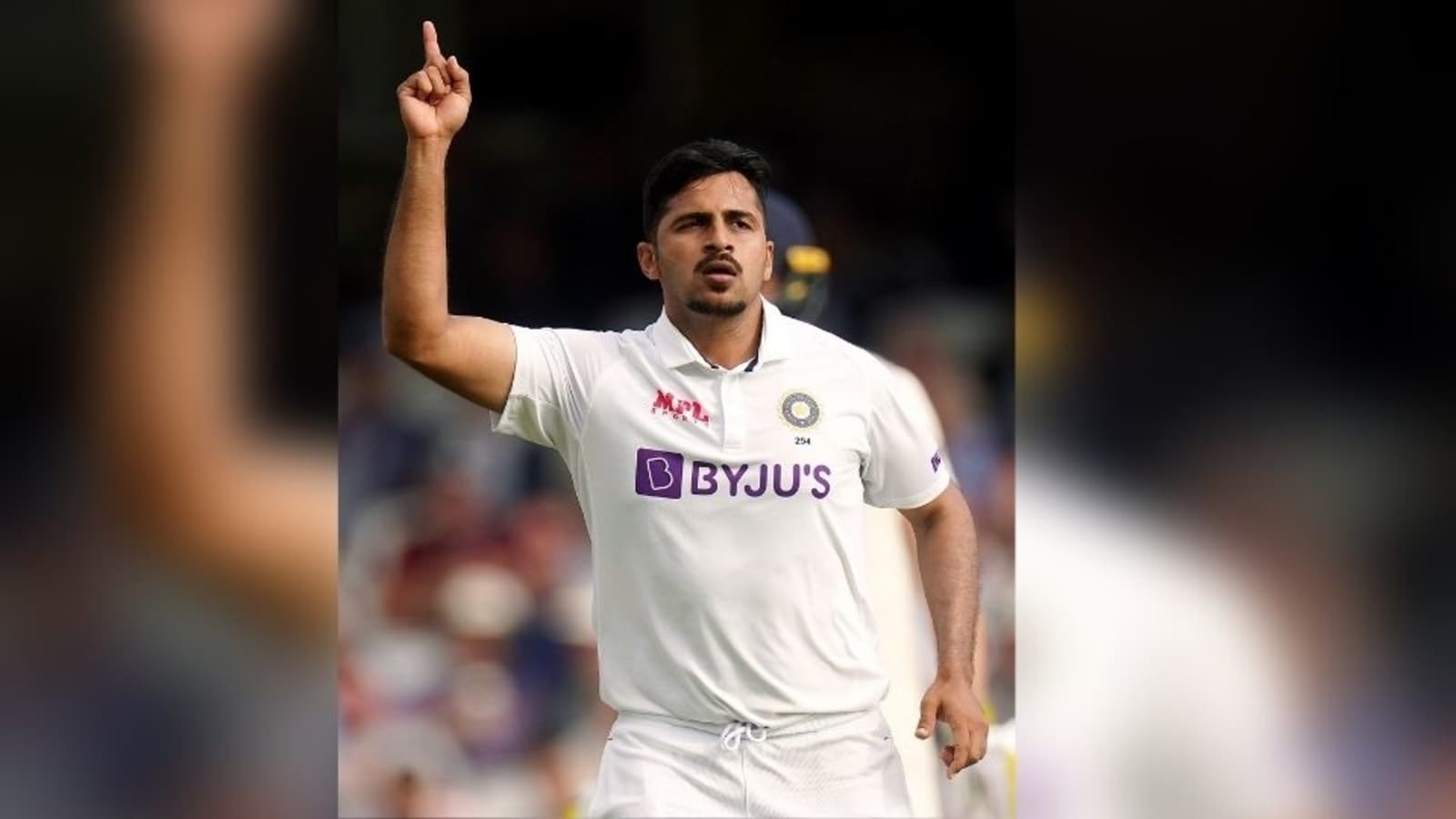 When this Indian cricket team is on the field in a tense spell of play, it’s not about the bowlers alone. It’s the familiar sight of Virat Kohli the conductor, orchestrating the crowd’s music, gesticulating to drive them to a crescendo aimed at psychologically overwhelming the opponents. Even if the opponents are the home side.

England had safely negotiated the day’s first eight overs from Jasprit Bumrah and Umesh Yadav—100 runs on the board and 50 up for Rory Burns.

He comes around the wicket and pitches one on a good length and it goes through with the angle. The next one lands on an identical spot on the pitch, but it moves away ever so slightly off the seam. It’s a jaffa on a flat pitch, catching the outside edge of Burns’s bat who is caught behind. “0.7 degrees swing + 0.7 degrees seam, both away. Too good from Thakur,” says CricViz. Indeed.

That wicket and Thakur’s six-over spell wasn’t anything like Bumrah’s manic fireworks that was to follow in the second session, but what it did is that critical thing that makes or breaks the match for a team—the uncanny knack of picking a wicket when it’s most needed and breaking a partnership that’s threatening to take the game away. It’s a trait he has carried forward from white ball cricket to what is still early days in his Test career.

Thakur got the wicket of the highest scorer in the first innings, Ollie Pope, and in the second he got Joe Root—in the middle of a purple patch if there was one—and for those spoils alone he had more than delivered the assigned fifth bowler’s role to perfection. Add his twin fifties in the match and he is the man around whom this match revolved, despite the superlative performances from Rohit Sharma and Bumrah. He would have made a compelling candidate for Man-of-the-Match, which went to Rohit Sharma.

Such is the depth in talent in Indian cricket today, Kohli still cannot guarantee Thakur a permanent spot. He will turn 30 soon and doesn’t bowl in the high 130s like he once did with the red ball. But no matter how his Test career progresses from here, these are moments for him to treasure, when #LordThakur became a trending hashtag to headline India’s sweetest moments through five days of tenacity and skills at the Oval.

After his all-round heroics at the Gabba early this year, Thakur could not get a game until this series. But he would like to believe he has done enough and earned his stripes to push for a more regular berth in the playing eleven.

When you think that England could have shut India out of the match at 127/7 on Day 1, had it not been for Thakur’s imperious counterattack 57 (36), it puts in perspective the value of his batting success. It was a similar story in the Brisbane Test where his 123-run partnership with Washington Sundar kept India alive in that Test and the series.

“His biggest asset is his temperament with the bat,” said batting coach Vikram Rathour. “He is playing in his 4th Test and has already played three very important innings in this short span. That shows he has ability, and he can play a big role for Indian cricket in coming times.”

Through his two half centuries at The Oval, Thakur became only the fourth Indian No.8 to achieve such a feat and its the first time for India’s tail to have registered three 50 plus scores in a Test series since 2017. Many such quirky stats have been scripted by Thakur’s blade. He may now want to believe a promotion in batting order is in the offing.

The Indian captain posts an appreciation tweet in Marathi each time Thakur delivers. “Tula maanla re Thakur,” expect him to put that out yet another time.