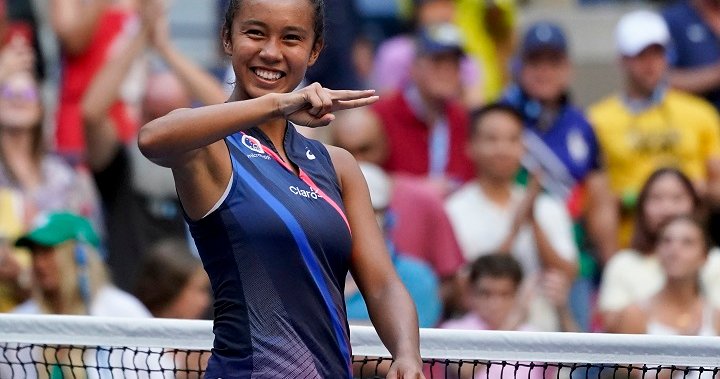 Canada’s Leylah Fernandez continued her remarkable run at the U.S. Open Tuesday, earning a spot in the semifinals with an upset victory over Elina Svitolina of Ukraine.

Fernandez broke Svitolina midway through the first set and won 4-of-10 break points across the two-hour-and-24-minute match.

Svitolina, who won bronze at the Tokyo Olympics last month, had eight aces and won 72 per cent of her first-serve points, but the Canadian remained patient and agile, dashing across the court to place shots just beyond her opponent’s reach.

Fernandez, currently ranked No. 73 in the world, also beat stars Naomi Osaka of Japan in the third round and Germany’s Angelique Kerber in the fourth.

She’ll face either No. 8 seed Barbora Krejcikova of the Czech Republic or No. 2 seed Aryna Sabalenka of Belarus in the semifinals.

Montreal’s Félix Auger-Aliassime, the No. 12 seed, is set to face Carlos Alcaraz of Spain in the men’s semifinals later on Tuesday.