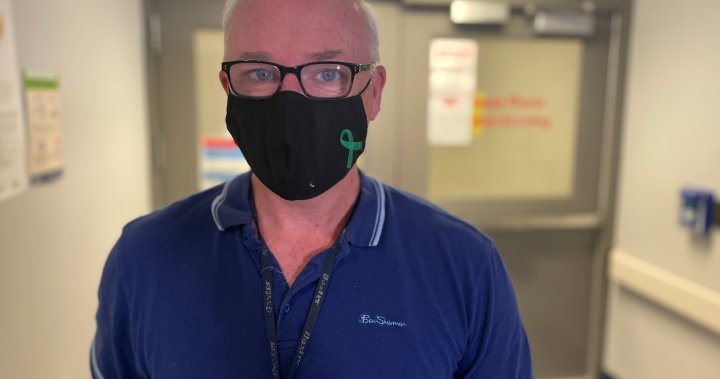 A Halifax ICU doctor is gaining Canada-wide support from his colleagues for a medical device he’s created that could transform care for critically ill patients during the fourth wave of COVID-19.

“Our western Canadian colleagues who are really, really getting hit by COVID, know about [my medical device] and want it,” Dr. Steve Beed said, a Halifax ICU physician.

When the pandemic first hit in March 2020, Beed connected with colleagues dealing with an overflow of ICU patients. He says those conversations highlighted the crucial role a ventilation method called “proning” would play in helping ICU patients who were critically ill from the virus.

“We’ve known since the mid-2000s that when these people with terrible lung disease are moved onto their belly, you have a 50 per cent improvement in mortality, that’s huge,” Beed said.

He says despite the evidence to support the significant benefits of prone ventilation, it’s a medical intervention that’s often underutilized because of the risks it poses to both nurses and patients.

“The traditional way of moving people is just sort of six people on the count of three -1,2,3, boom. Lines and tubes can be pulled out. It’s very physically demanding, on an awkward angle, nurses can get hurt,” he said.

Following the onset of COVID-19, Beed began brainstorming ways of creating a device that would increase the use of prone ventilation by decreasing the safety risks involved.

That’s where he came up with a design that he’s since coined, Pronator Plus.

“The product that we’ve developed is able to facilitate prone ventilation but because of its design it makes general care of the patient much, much easier for our nursing colleagues,” he said.

After sketching out a blueprint, Beed says he consulted the expertise of a friend with commercial-grade sewing skills. He says what started out as a few trips to a fabric store to try and find the right material, turned into a full-sized wrap that securely “cocoons” a patient before it’s attached to carabineers.

“These adjustable length straps would connect to the various side ports. And, that’s the way that we would enable movement of the patient with no effort on the part of our nursing staff,” Beed demonstrates.

He says the bonus of the Pronator Plus is that it then attaches to a patient lift, which is equipment that already exists within hospitals.

From there he says patients are able to be safely rotated onto their bellies in a controlled fashion that provides an opportunity to make adjustments if necessary.

“The lift elevates the patient, it’s zero effort on the part of the nurses, it takes a minute, or two. And, that’s the thing that the nurses have really loved about the Pronator Plus,” he said.

Beed says he’s expecting Health Canada to approve his application for a Medical Device Establishment Licence (MDEL) within the next week. He adds a similar application is being reviewed by the U.S. Food and Safety Administration with hopes of it being used in hospitals throughout the United States.

He says samples of the device have been sent to his colleagues across Canada and in Nova Scotia.

One of the driving forces behind his innovative design was to lessen the injury risks nurses face when performing this life-saving maneuver in its traditional form.

“In a world where retention and recruitment is a monster problem. And, the injury of our health care staff is a huge problem, this is a solution.”