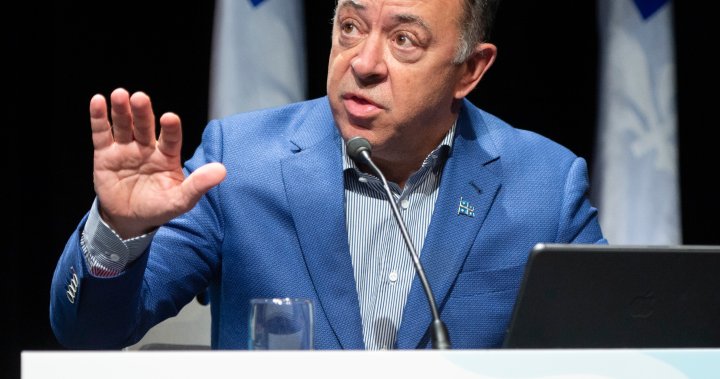 Quebec’s health minister penned an open letter Friday, warning Quebecers they would have to learn to live with the novel coronavirus for the foreseeable future and suggesting collective immunity against COVID-19 is a long way off.

Christian Dubé wrote on his Facebook page that he felt a duty to explain the situation to citizens.

“It was believed until some time ago that it would be possible to achieve herd immunity with vaccination,” Dubé wrote. “But the mutations of the virus always push back this hope.”

More variants of the virus are likely, he said, creating a pandemic that could persist for months or years.

Officials also reported two more deaths attributed to the novel coronavirus and a rise of nine hospitalizations compared with Thursday. They said there are 147 people in hospital with the disease, including 49 patients in intensive care, a rise of seven.

The province said 26,959 COVID-19 vaccine doses were administered Thursday. Quebec’s public health institute indicated about 87.4 per cent of residents 12 and up have received at least one dose of vaccine and 81.3 were considered adequately vaccinated.

In his letter, Dubé praised Quebecers for the high uptake of vaccination in the province, adding that Quebec is among the most vaccinated areas in the world.

“We could reach nearly 90 per cent of those 12 and over by the end of September, and as soon as we can vaccinate our youngest, our vaccination coverage will be that much higher,” he wrote. But September is going to be critical, Dubé said, because children go back to school and junior colleges and universities resume classes in person.

He called on Quebecers, even those adequately vaccinated, to be careful as forecasts indicate the next few weeks will be trying for the health network, particularly in the greater Montreal area.